Skip to content
Previous Next
Corn Rootworm Pressure on the Rise

The worst insect you can have in corn is the corn rootworm. You can’t scout for it, then spray and achieve control. Your only two options to stop it in corn are Bt-rootworm corn or planting-time insecticide. The question we will talk about is, will it be worth it to spend your money on one or both of those control methods?

First of all, how prevalent is corn rootworm?

I’m not going to tell you rootworm numbers are absolutely exploding, but we have seen more the last couple of years, in part due to all the conventional corn and lack of insecticide use. For years, we’ve been talking about how most insect disasters occur in fields where insecticide hasn’t been used in a long time. If insect populations are allowed to grow unchecked, eventually they reach a breaking point and yields suffer dramatically. As more farmers have gone to reduced-till or no-till, insect populations have gone up, as well. 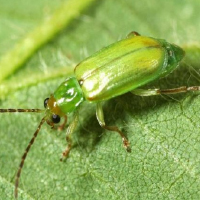 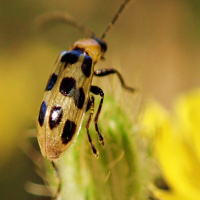 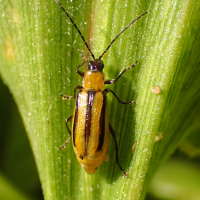 My dad and grandparents used the moldboard plow to reduce insect pressure, but how many of us have pulled out the plow in the last decade or two?
Going into 2021, we expect continuous corn acres to be up significantly. Half the corn acres on our farm are going back to corn again this year, for example. Since rotation is the number one thing that can help reduce rootworm populations, more corn acres means more rootworms. As a side note, if you are rotating to soybeans and you see volunteer corn, we strongly encourage you to kill that volunteer corn immediately, not at the end of June or early July.

Rootworms quickly find volunteer corn, and they only need to feed on it for about a month (from late May to late June in our region). In other words, if you don’t stop volunteer corn right away, you completely lose the benefit of crop rotation. Since we saw an enormous amount of extremely dry corn harvested in the fall of 2020, there was a lot of corn that fell on the ground both before and during combining. Therefore, we expect there to be incredible amounts of volunteer corn in 2021, so please be prepared.

To specifically answer the question of how prevalent rootworms are, you are most at risk if you have continuous corn, if you don’t spray volunteer corn early, and if you have a lot of corn raised in neighboring fields. On top of that, there have been a lot of northern corn rootworm beetles with delayed diapause, meaning the eggs hatch two years later, which is often a corn year. Western corn rootworms have been found to lay eggs in soybean fields, as well, so both northerns and westerns have been able to beat the crop rotation plan on many farms with corn-soybeans-corn-soybeans. In all of those cases, either an insecticide or the rootworm trait could pay on your farm this year.

How much do the control options cost and can you afford to invest in them? Ultimately, this is the most important question. It will be rare for me to tell you to plant corn with no insect control strategy because it can be done so inexpensively.

Here’s how I would encourage you to look at rootworm control.

Here’s one last thing I’ll leave you with.

How many adult corn rootworm beetles have you seen the last couple of years when you’ve been out scouting your fields? If you see the adults, that means you had rootworm larvae feeding on your corn roots, damaging your yield. With corn prices up and rootworm insecticide and rootworm Bt corn seed prices flat to down, you may have a great chance for a good return on investment by stopping this tough pest in 2021.