Skip to content
Previous Next
Investing in the Land

As a lifestyle, farming is often something you’re born into, but Bill Edwards, 69, is a first-generation farmer who came into it later in life. Prior to jumping into farming, Edwards built experience working as a financial adviser with Edward Jones in Aberdeen, SD, a profession he continues to practice today. Over the years, this experience has proven invaluable in making management decisions for his operation as it expanded to the more than 6500 acres of corn, soybeans, and wheat that make up Double E Farms near Frederick, SD – but more on that later. Bill’s first steps into the larger world of farming were made back in 1993, when he purchased 40 acres in the country to build a log home. The acreage had some pasture space, which piqued the interest of his son, Ty.

“We moved out into the country when our son was about 12 years old, and he wanted to get some livestock,” Bill said. “We didn’t know anything about livestock or cattle, so we got sheep. Then, Ty wanted to raise his own forage for the sheep, and it took off from there.”

The Edwards had their neighbor plant a small patch of corn as a food plot, and Ty had the idea they should harvest it themselves. Thus, the first piece of equipment purchased for their operation was a single row corn picker Bill picked up from an old friend and retired farmer for $150. Ty’s job was to get it in working order.

“This one-row pull-type corn picker was as old as the hills,” Ty said. “We pulled it home, we got it fixed up, and we pulled it with a Ford 8N tractor. That was our first corn crop.”

They continued acquiring old, rudimentary equipment, and everything snowballed from there. Three years later in 1997, they purchased their first farm from another acquaintance who was retiring. Ty is 39 now, and farming is about all he’s thought about for the past 25 years.

“The thing I like about it is there’s a big sense of accomplishment,” Ty said. “You get to see the land transform as you improve it, and you also get to see crops transform from planting a seed through the whole process until you actually have a crop to harvest.”

For Bill, the appeal of farming has always stemmed from an immense love for the beauty of land, as well as a passion for the responsibilities of good stewardship. 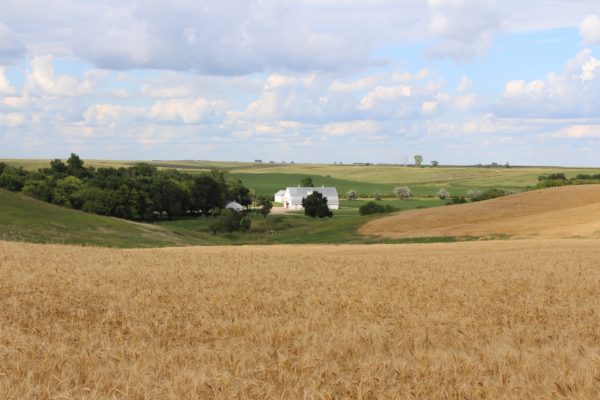 View from one of the fields on the Edwards farm. A love for the beauty of the land is part of their farming passion.

“I just revere the land,” Bill said. “Time and again, I marvel at the beauty of this land, and I love seeing it every time I go up to the farm. Just about every plant and form of wildlife that’s native to northeastern South Dakota can be found on the farm. I thoroughly enjoy grooming and improving and making land look nice and being productive – that appealed to me so deeply, everything just went on from there.”

Building an operation from 40 acres to more than 6500 requires the knowledge of what makes land a good investment, as well as the vision to recognize the future potential of those investments. When Bill first started, he knew very little about agriculture, and back in the 1990s, productivity indexes were not readily available to help estimate the value of particular parcels. He frequently referenced old paper soil surveys published by counties to glean what he could. From there, he would drive out and see the land for himself and try to visualize what it could become with a little bit of hard work.

“I’m a risk taker, but a calculated risk taker,” Bill said. “I just searched for the right investments, what I thought were the right investments, and most of them were. I was careful to buy the best quality ground I felt could be improved, whether that was by removing fences, picking rocks, or whatever else we could do to enhance the productivity of the land. One of the things that has been a benefit to me is I’ve always been able to envision what something could be, what it could take to get there, and what the relative value is.”

Naturally, Bill’s investment background has been hugely beneficial in those decisions. However, an education in farming is a lifelong process, and having additional resources for information is always welcome. Both Ty and Bill are avid viewers of Ag PhD and attend informational meetings to learn new ways to benefit their operation.

“I think I’ve pretty much watched Ag PhD since its inception,” Bill said. “I rarely miss an episode. I like hearing from Brian and Darren and learning their perspectives.”

Since he is a big proponent of improving land to be the best investment it can be, Bill has particularly enjoyed learning more about proper drainage and tiling. Brian and Darren have been big advocates of tiling for years, and the topic is a frequent point of discussion in maximizing yields on the farm. However, tiling is just one part of what it takes to be a good steward of the land. For Bill, caring for the ground carries a much deeper significance.

“One thing I really appreciate about Brian and Darren is their biblical perspective of taking care of the land,” Bill said. “With all this land we have, it’s important for me to say I’m just a steward, and only for a short time – maybe a few decades. We don’t own any of it. We just pass it on to the next generation to be good stewards, too.” 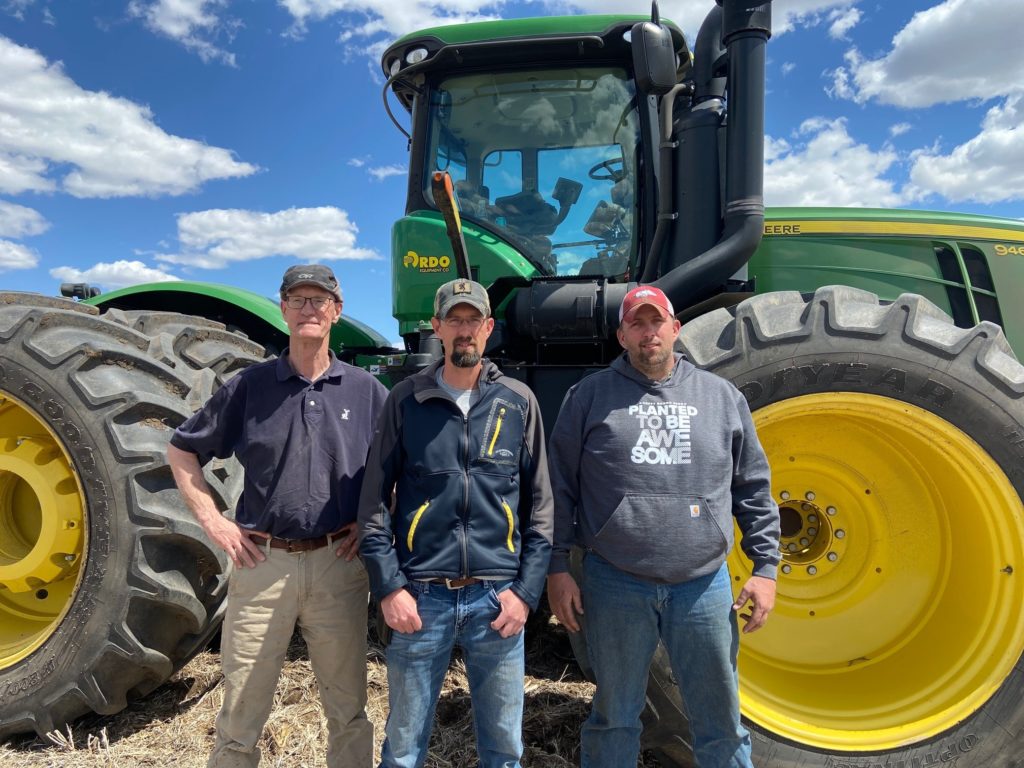 Bill Edwards (left) with his son, Ty (center), and farmhand Hunter Barnett (right) all contribute to the improvement of the Edwards farm.