Skip to content
Previous Next
A Farmer and a Cattleman

Diversification is the cornerstone of success for many operations, and throughout much of the history of U.S. agriculture, it was commonplace for crop farmers to also raise livestock as a way to bring in more income. Over the past several decades, however, many in production agriculture have reduced or eliminated livestock to focus on improving returns on crop investments.

For Chad Kehn, 54, a fourth-generation farmer from Bonesteel, South Dakota, the opposite is true. His family raises cattle on more than 3500 acres of rangeland, and much of his 1400 acres of crop ground is geared toward supporting livestock. This arrangement naturally and necessarily developed because of the economic reality of operating in south-central South Dakota.

With freight costs alone to get his grain to the nearest terminal reaching upwards of $0.25 per bushel, it just makes financial sense for Chad to reinvest as much grain as possible back into the herd.

“Livestock is the industry we are raising our crops for,” Chad said. “The issue out here is our basis on grains is terribly high, and we’re trying to eliminate that basis by feeding it to livestock. As we increase livestock numbers, we haul less grain away, thus keeping the basis on the farm.”

With the goal of reducing grain hauling to zero, Kehn’s farm must strike the delicate balance between crop yield and cattle population while still doing the best job they can in both arenas. Maintaining success in each area takes hard work, which Chad learned from a young age working in the family operation.

“We didn’t go to town much,” Chad said. “We kept busy with the livestock and just didn’t have the time.”

Back then, livestock held a bigger focus, but over the years he’s developed an interest in raising better crops.

“When Dad was in charge, we were full bore with livestock and crops,” Chad said. “Farming and cattle continue to be my passion. To farm here, we need cattle.” 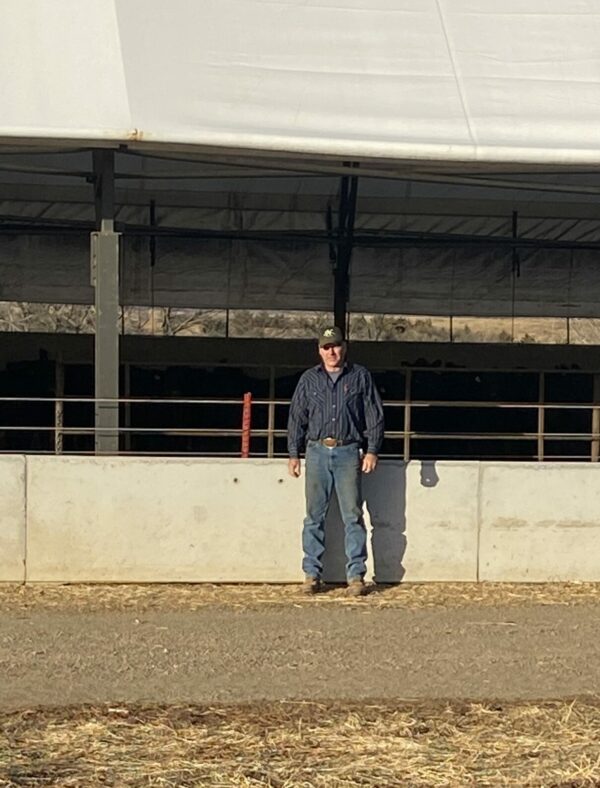 Chad Kehn poses in front of his cattle operation.

To learn more about how to improve performance on his crop acres, Chad first stopped by the Hefty Seed Kimball store shortly after they opened more than 20 years ago. Darren Hefty was there for a grower meeting, and even now Chad remembers appreciating the approach Darren took with local operators, as well as how that has been incorporated in day-to-day business practices in the years since.

“Darren met with us downstairs,” Chad said, “And he basically said, ‘Hey, as producers, what do we need to do for you guys to be more profitable?’ It was nice to hear that, and you don’t get that very often from anybody. They have continued to move forward like that, with the agronomy, the information, and the training involved in the access to that information. Everyone within Hefty’s, no matter the store – the knowledge is similar, and the training is very, very good.”

Hungry for more information, Kehn returned frequently over the years to learn more about soils and agronomy at Ag PhD Winter Workshops and Soils Clinics. With the knowledge he gained, he was able to increase dryland corn yields to consistently raise well over 200 bushels per acre, and his goal on irrigated ground is to reach 300.

“The most that I’ve learned from farming has probably been with Brian and Darren and the crew with Hefty’s,” Chad said. “Without them, I don’t think I’d be at the level of production I’m at.” 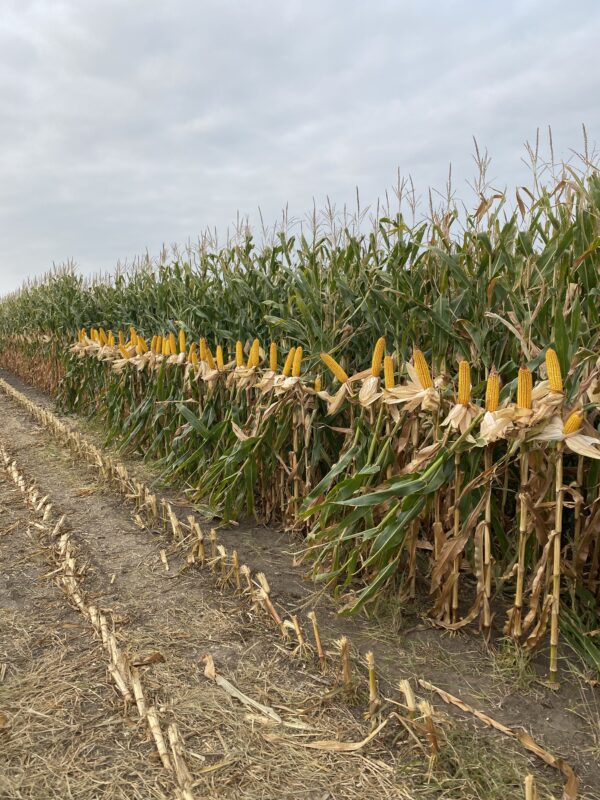 In addition to utilizing Hefty’s for knowledge, Chad also has worked with Glenn Herz in on-farm research to learn more firsthand about how different Hefty Brand Seed products work on his ground. Now 100 percent of his crop acres are Hefty Brand, and he gets to fully utilize the data collected on his farm to make informed decisions on future crops.

“We’ve got a little bit of everything going on here, but a lot of it is hybrids,” Chad said. “I don’t want to call it cheating, but I get to see everything out of the harvester and make decisions based on how things look coming out of the plots. I’m a year ahead of everything and don’t have to do the work myself.”

Not only does he get the benefit of new hybrid information every year, but he appreciates being directly involved with the evaluation process, which keeps him more engaged and adds to the educational benefit of the work they’re doing.

“It’s a lot of fun because we go out and make ratings, and I say what I like and don’t like about what I’m seeing and what will and won’t work,” Chad said. “I get to see what Glenn and everyone else are doing all over the country and get to be a little part of that.”

Apart from hybrid research, Chad also works closely with Rob Fritz on fertility and the biological benefits offered by various products within the Hefty Naturals line. Specifically, they’ve been taking a closer look at ways to use biology as a soil amendment and improve plant nutrient uptake, especially in regard to seed treatments and other applications early in the season.

“I use a large amount of that stuff, and it’s all worked,” Chad said. “The Hefty guys have never failed to come up with something new that will contribute to my profitability.”

When he can’t get to a Hefty store, Chad calls in when he has specific questions that need a quick response. Plus, he keeps up with Brian and Darren by tuning in to Ag PhD TV as much as possible and reading the Ag PhD Insider and Agronomy Answers Yield magazines.

“The big thing is I’ve utilized a lot of the expertise coming from Hefty’s,” Chad said. “We apply it at home, and we have always been able to generally see a positive result. I have a lot of gratitude for the fact that they offer so much information, and none of what they do comes with a price tag.”